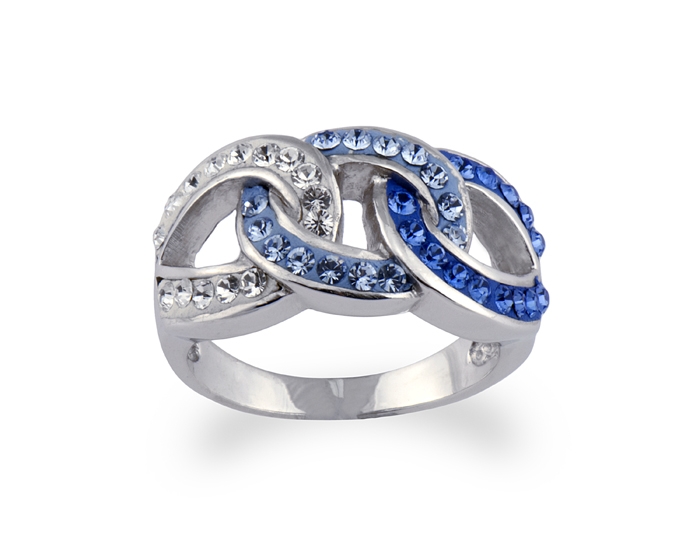 Find this ring at http://www.LaceMeWithJewels.com

As families gather for Thanksgiving this year, nearly one in three American children is living with a parent who is divorced, separated or never-married. More people are accepting the view that wedding bells aren’t needed to have a family.

A study by the Pew Research Center, in association with Time magazine, highlights rapidly changing notions of the American family. And the Census Bureau, too, is planning to incorporate broader definitions of family when measuring poverty, a shift caused partly by recent jumps in unmarried couples living together.

About 29 percent of children under 18 now live with a parent or parents who are unwed or no longer married, a fivefold increase from 1960, according to the Pew report being released Thursday. Broken down further, about 15 percent have parents who are divorced or separated and 14 percent who were never married. Within those two groups, a sizable chunk — 6 percent — have parents who are live-in couples who opted to raise kids together without getting married.

Indeed, about 39 percent of Americans said marriage was becoming obsolete. And that sentiment follows U.S. census data released in September that showed marriages hit an all-time low of 52 percent for adults 18 and over.

“Marriage is still very important in this country, but it doesn’t dominate family life like it used to,” said Andrew Cherlin, a professor of sociology and public policy at Johns Hopkins University. “Now there are several ways to have a successful family life, and more people accept them.”

The broadening views of family are expected to have an impact at Thanksgiving. About nine in 10 Americans say they will share a Thanksgiving meal next week with family, sitting at a table with 12 people on average. About one-fourth of respondents said there will be 20 or more family members.

“More Americans are living in these new families, so it seems safe to assume that there will be more of them around the Thanksgiving dinner table,” said Paul Taylor, executive vice president of the Pew Research Center.

The changing views of family are being driven largely by young adults 18-29, who are more likely than older generations to have an unmarried or divorced parent or have friends who do. Young adults also tend to have more liberal attitudes when it comes to spousal roles and living together before marriage, the survey found.

But economic factors, too, are playing a role. The Census Bureau recently reported that opposite-sex unmarried couples living together jumped 13 percent this year to 7.5 million. It was a sharp one-year increase that analysts largely attributed to people unwilling to make long-term marriage commitments in the face of persistent unemployment.

Beginning next year, the Census Bureau will publish new, supplemental poverty figures that move away from the traditional concept of family as a husband and wife with two children. It will broaden the definition to include unmarried couples, such as same-sex partners, as well as foster children who are not related by blood or adoption.

Officials say such a move will reduce the number of families and children who are considered poor based on the new supplemental measure, which will be used as a guide for federal and state agencies to set anti-poverty policies. That’s because two unmarried partners who live together with children and work are currently not counted by census as a single “family” with higher pooled incomes, but are officially defined as two separate units — one being a single parent and child, the other a single person — who aren’t sharing household resources.

“People are rethinking what family means,” Cherlin said. “Given the growth, I think we need to accept cohabitation relationships as a basis for some of the fringe benefits offered to families, such as health insurance.”

Still, the study indicates that marriage isn’t going to disappear anytime soon. Despite a growing view that marriage may not be necessary, 67 percent of Americans were upbeat about the future of marriage and family. That’s higher than their optimism for the nation’s educational system (50 percent), economy (46 percent) or its morals and ethics (41 percent).

And about half of all currently unmarried adults, 46 percent, say they want to get married. Among those unmarried who are living with a partner, the share rises to 64 percent.

_About 34 percent of Americans called the growing variety of family living arrangements good for society, while 32 percent said it didn’t make a difference and 29 percent said it was troubling.

_About 44 percent of people say they have lived with a partner without being married; for 30-to-49-year-olds, that share rose to 57 percent. In most cases, those couples said they considered cohabitation as a step toward marriage.

_About 62 percent say that the best marriage is one where the husband and wife both work and both take care of the household and children. That’s up from 48 percent who held that view in 1977.

The Pew study was based on interviews with 2,691 adults by cell phone or landline from Oct. 1-21. The survey has a total margin of error of plus or minus 2.6 percentage points, larger for subgroups. Pew also analyzed 2008 census data, and used surveys conducted by Time magazine to identify trends from earlier decades.