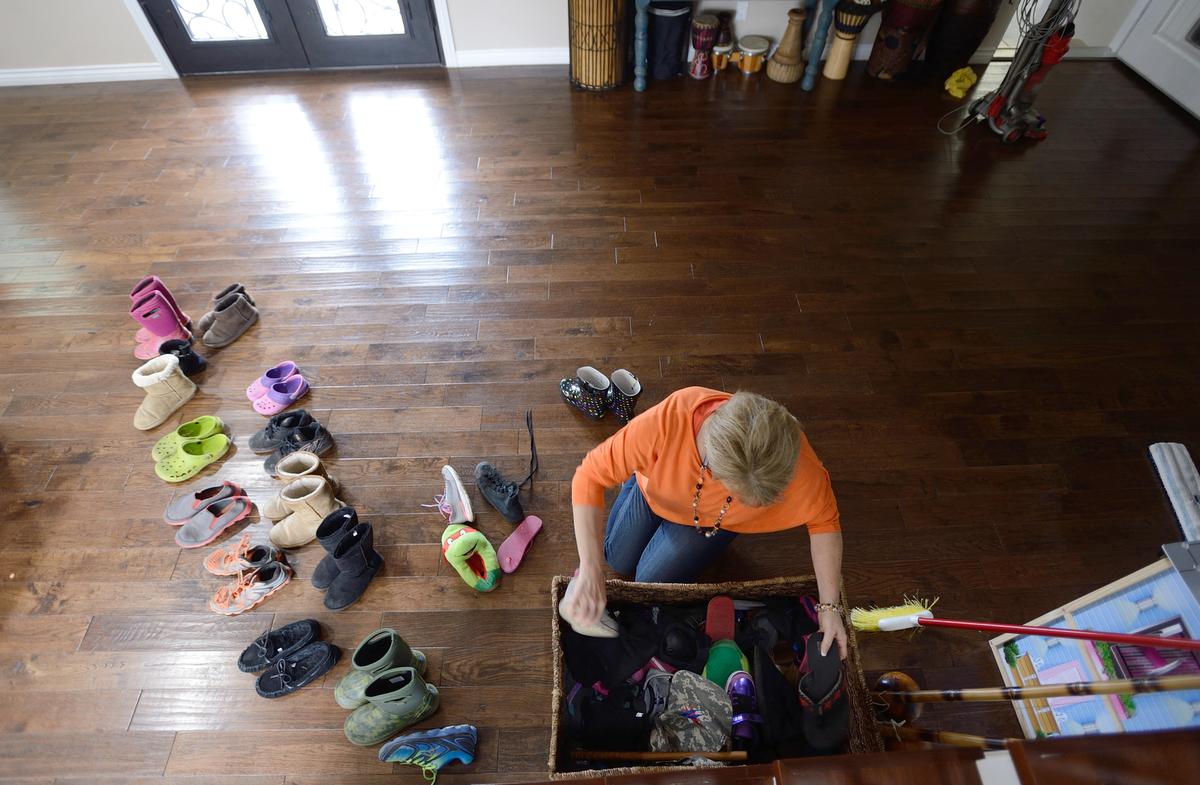 Ever looked at your overstuffed garage and considered just dragging everything outside, making a big pile and setting a match to it?

Dorothy Breininger could help you avoid that conflagration.

You probably know her better as Dorothy the Organizer. She’s an authority on the subject who appears on A&E Network’s Emmy-nominated weekly TV series “Hoarders.” You might also have seen Breininger dispensing her clutter-free-living advice as a guest on “The Today Show,” “Dr. Phil,” “The View” and other TV programs. She has co-authored six books; produced an award-winning documentary, “Saving Our Parents”; and is a popular public speaker.

So how does one train to be a professional organizer?

“I actually started out as an executive assistant to deans and chancellors of universities and CEOs of large companies,” Breininger said. “I was always organizing the lives of busy, important people, usually men. So many of them would say, ‘You’re so organized. You should start a business doing this.’”

Breininger took a sabbatical from her job to explore the possibility. “I spent some time traveling around the world. What struck me was that everywhere I went, people had so much less stuff, yet they were so much happier than we are here in the U.S.”

Breininger says every project is unique, but she usually starts by posing the same question to each client.

“I like to ask, ‘If this clutter were talking to you, what would it tell you?’ It could be a person who hoards because they had some sort of traumatic event in their lives and need the stuff around them for security. Or perhaps they can’t let go of the past or a person who is gone.”

Sometimes there’s no underlying reason, Breininger said. “People lead busy lives and accumulate too many things without even realizing it.”

“There are the young ones who have too much information clutter. They’re storing it all on their computers, their hard drives and the cloud. It’s not always easily findable, so they’re struggling.

“Then we have those over 70 who were brought up on paper and are overwhelmed by it. They come from a period when saving was a virtue.

“Then there are the boomers, who were brought up with paper but are now straddling two information worlds and pulling their hair out.”

Before she arrives at a client’s home, Breininger implores them to leave everything exactly where it is.

“I tell them, ‘Please do not move anything. Don’t clean up before I get there – otherwise I don’t see your patterns. I need to see those books sliding off your night stand. It tells me how your brain thinks. Are you a piler or a stacker or a filer? That information tells me how to organize your office.’”

Breininger also needs to figure out her client’s aesthetic taste from looking at all that random stuff.

“I need to know whether you’re visually oriented and whether aesthetics are important. Do you prefer everything in beautiful containers or baskets? Or do you just want to see it close at hand in perfect piles?”

Breininger examines other elements of her clients’ lives to gain additional insight before tackling the project.

“I also like to know their schedule. If you’re a person who is overcommitted, and perhaps you’re also overtired, overeating, overspending, then it tells me the clutter is just another part of that. You’re too overwhelmed to get a handle on things.”

Sometimes the job has to be approached with care and delicacy, Breininger said.

“If a husband calls me because his wife is cluttering, then I get to work with the person who doesn’t want to de-clutter. Whoever it is, I have the dangerous job of trying to convince them to throw things away.”

At times like that, Breininger delves even deeper into the psychology behind the clutter.

“I ask, ‘What is the story behind this thing you love? Why are you keeping it?’ (The client) might say, ‘That dress in the back of the closet was made for me by my mom, and she’s no longer living.’ So she clearly doesn’t like the dress, but she’s keeping it for purely sentimental reasons. I get them to say those things out loud without pushing them.”

Breininger has noticed that one class of people is especially hard to work with: the rich.

“The most difficult folks of all are celebrities and other high-end clients who have the money to keep what they hoard.” Often they let the problem get out of hand because they can hide it; if someone with less means were to hoard at that prodigious scale, their property would be condemned, Breininger noted. But she said affluent people suffer in other ways. “Often, (hoarding) puts their personal relationships at risk.”

On the opposite end, Breininger is occasionally challenged by overly meticulous people with purely imaginary clutter problems.

“They’ll tell me, ‘I’m overwhelmed. I’m freaking out.’ I get there and stand in their closet and I don’t see anything wrong. I see short sleeves grouped together, clothes organized by color. Some people have a clutter problem in their minds. They are in chaos upstairs in their brains.”

In such situations, Breininger delicately offers alternatives to de-cluttering. “I’ll say, ‘What other things would you rather put energy into? Let’s work on those and make this closet a little bit less of a priority.’ By osmosis, I have turned into a psychologist.”

Breininger’s own home is well organized, she says, but she does allow herself one indulgence.

“I have a junk drawer. I believe everyone should. There’s no such thing as perfection.”