The Spirit of the Holiday Season

As I drove to a client’s house this morning and listened to my radio, I was overjoyed to hear a story that both reinforced the spirit of giving during the Holiday Season and renewed my faith in human nature! 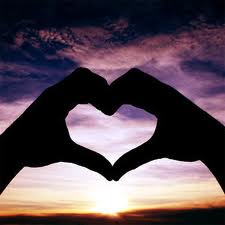 Remember there’s no such thing as a small act of kindness. Every act creates a ripple with no logical end. Author: Scott Adams

Maybe you heard the same story.  A woman had been gift shopping in a department store that shall remain nameless, when upon returning to her office she discovered that not only has she lost $300 cash, but also all the receipts for gifts bought so far.  She immediately called the store to report her loss and see if any good samaritan had found her money or receipts and turned them in.

“No,” she was told. You’re probably thinking what I thought whilst I sat in bumper to bumper traffic.  She’s can kiss that money goodbye and someone else  has a holiday “gift” they did not expect to receive – thank you very much.

But of course, this was a news worthy story, so there had to be more.  The journalist reported that a sales person had later found the money and handed it to the store security team.  Then one of the security team actually took the time to scan the store’s cameras footage and find a clip that looked very much like someone dropping an object from her back pocket.

Armed with a face and business name, a still shot of the woman they thought might have lost the $300 was emailed and identified.  And the money and all the receipts were returned to their rightful owner!

Now that’s what I call a good deed.  A deed that went above and beyond a job description.  A deed that took time, and patience.  A deed that symbolized, for me anyway, the spirit of giving during the holidays and indeed renewed my faith in human nature!